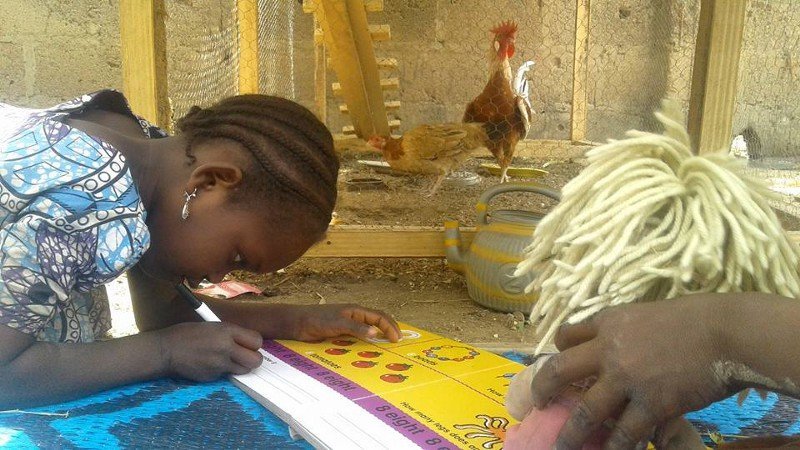 This continues the series about Northern Nigeria, inspired by the work of the Lovatt Foundation .Org, which provides homes and education for children???mostly orphans???who have been displaced in the civil war there and by the work of journalist and humanitarian Jack Vince. By Marian Evans

The civil war in North Eastern Nigeria isn?t over. Jack Vince reported yesterday that Magumeri, 50km from the Lovatt Foundation?s first home for orphans in Maiduguri (the capital of Borno state), has been torched in its entirety by the terrorists generally known as Boko Haram.

Over 300 insurgents stormed the area in six Hilux vehicles, 10 motorcycles and on foot. They shot on sight when they got to the town. The soldiers stationed there countered the onslaught, but were overpowered; most of them fled. The terrorists looted and burnt the Army barracks and Police station to ashes. The casualty figure remains unknown so far.

This attack is not unusual and it seems that current attacks are designed as a kind of pincer movement around Maiduguri, except to the west, where soldiers monitor checkpoints on the road to Kano, the second largest city in Nigeria.

Jack Vince believes that a decisive victory will be won when the people in the embattled local government areas, towns and villages fail to cooperate with the terrorists. But, he asks, how does an unarmed civilian argue with a terrorist brandishing weapons of death?

This renewed insurgence and a new flow of internally displaced persons (IDPs) is worrying for all in Maiduguri, including Jack.

[blockquote size=”two-thirds” align=”left” byline=”Jack Vince”]The government, UN agencies and Non-Governmental Organisations are in agreement that IDPs in government-controlled camps make up less than 10% or so of the total IDP population. The situation is overwhelming as the bulk of displaced persons are in host communities and open camps with infinitesimally little or absolutely nothing to make life worthwhile.[/blockquote]

Fulatari, a typical open camp in Maiduguri, is a small community dotted by tents and thatched houses and exposed to vagaries of the weather. Its inhabitants were displaced from various places on the map above. Kanuri, Shuwa, Fulani, Kwayam and Marghi people make up the population.

For over two years that IDPs have inhabited the area, ?no relief material has been provided them even though government and donor agencies are aware of their location and condition?, according to Malam Abdullahi Adamu, spokesperson for the group.

The young men among them work as labourers in a construction site nearby, the young girls hawk petty wares on trays, exposed to the attendant consequences.

In December, when Maiduguri-and-environs was freezing cold and a duvet barely provided the desired warmth in a block house, the condition of infants, children, the youth and aged IDPs in open camps without any appropriate clothing or blanket is better imagined than experienced. More than that, food is the major challenge they face: ?To say recession worsens the condition of the people is to state the truth of the matter?.

Jack does all he can to help. This is a typical post from his Facebook feed:
[blockquote size=”full” align=”left” byline=”Jack Vince”]Fatima Shettima Arfo and I at Fulatari along Maiduguri-Bama road for food and non-food items distribution to displaced persons from Askira Uba, Michika, Gwoza, Bama, Kawuri and Konduga. A time to show random acts of kindness and to shine the light for everyone to see.[/blockquote]

Meanwhile, also in Maiduguri, the Lovatt Foundation .Org?s first home-and-education for orphans is changing these children?s lives, one at a time. There are five homes now by February 2017.

Like Jack, Fiona Lovatt communicates about her daily life mainly via Facebook. Here are some posts from the last few months, followed by an low definition 19-minute clip of Fiona speaking about the children?s art work about the moment their lives changed. She also discusses their recovery from the violence they?ve experienced and reflects on their futures.

Our foundation home is seeing the children thriving as they explore creative, practical and academic paths in the garden they have planted.

This is the careful gardener going out before sunrise and again after sunset to add water by the cupful to his small plot. He loves a hand shake, a hand on his head, and some kind words, and o how he beams with such kindness.

The trees the children planted a year ago, now rise and give them shade, beauty, food: new life in the arid soils where 2 million farming people have been cleared off their lands.

Keeping animals and caring for them is a right for the children in our houses. A handful of millet can make a friend for life.

This child is growing with her own knowledge and seeking to share what she knows. Other children might teach dolls. She has set herself beside the chicken tractor and the birds have become her pupils (in her mind).

[blockquote size=”full” align=”left” byline=”Fiona Lovatt”]A quiet corner, a tiara, a pretty pencil, plenty of adults who are calm and intelligent, books full of wonder, a bike, a swing, animals to care for, garden plots to tend, new clothes made at home? simple ingredients. For a smile.[/blockquote]

Above: If your garden thrives in all its diversity during the dry season, you are a gardener. If you stay on the bike and nothing gets damaged, you are a rider. Simple assessment practices and manifestations of knowledge.

Below: The scene is six days after another major set of explosions that took lives and injured many, just 3 km away from these children.

[blockquote size=”full” align=”left” byline=”Fiona Lovatt”]A year with a teacher is a gift. Inside the theatre of sorrows such light can shine.[/blockquote]

[blockquote size=”full” align=”left” byline=”Fiona Lovatt”]The months have seen the children blossom and some special gifts of stationery, books, plastic animals, matchbox toys, an e-reader, and mask templates have been integrated into the daily flow.[/blockquote]

[blockquote size=”full” align=”left” byline=”Fiona Lovatt”]Our children keep in touch with their heritage by learning from masters of various crafts and trades.[/blockquote]

[blockquote size=”full” align=”left” byline=”Fiona Lovatt”]The experience then becomes a hobby for the leisure hours and thus the children have another creative outlet.[/blockquote]

The Lovatt Foundation mentors community teachers online and in person so that the children can learn at their own rate, speeding through the primary years with their natural genius on fire.

[blockquote size=”full” align=”left” byline=”Fiona Lovatt”]The children have felt ice. They have seen small vessels on the waterways of Borno. They can see that the iceberg was able to tear through the metal of the ship?s sides. The gaps are filled in a shared reading that involves much discussion.

It is serious work for the children to construct meaning from something so alien and yet they can see the common ground as a small child appears in the drawings, off to seek a new life. They know that feeling.

They also write and read their own illustrated stories about the days when they had fathers who would come home from the markets, and learned about the world in Hausa.

Happier stories now and other pictures from our orphans.[/blockquote]

[blockquote size=”full” align=”left” byline=”Fiona Lovatt”]Smiles towards sunset when people are freshly bathed and dressed for the evening to come. The gaps where teeth were growing through have been transformed into smiles worth bottling.[/blockquote]